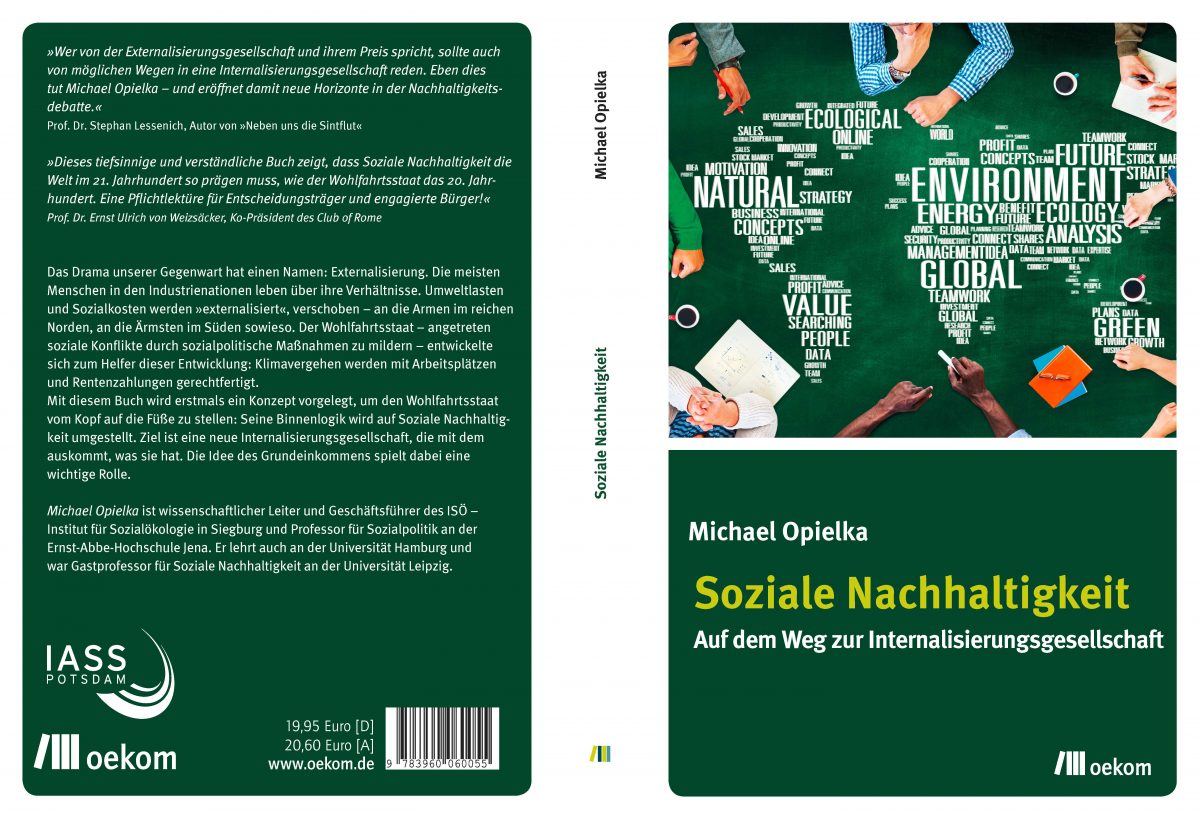 A study by the ISÖ Institute for Social Ecology, Siegburg, commissioned by the IASS Institute for Advanced Sustainability Studies, Potsdam

“This compact, profound and understandable book shows that social sustainability must shape the world in the 21st century as the welfare state of the 20th century. A must for decision-makers and committed citizens! ”

“Whoever speaks of the externalization society and its prize should also talk of possible ways into an internalization society. This is what Michael Opielka is doing – opening up new horizons in the sustainability debate. His book advocates a social responsibility management which, in the knowledge of global system connections and chains of action, comes before one’s own home. And it is central to a transformed welfare state whose internal logic is oriented towards social sustainability in the central social development task for the 21st century: the social-ecological revolutionization of the world. ”

Prof. Dr. Stephan Lessenich, Ludwig-Maximilians-University of Munich – author of “Next to us the Flood” (German “Neben der Sinnflut”)

“Michael Opielka places issues of justice at the center of sustainability, which is often confined to the preservation of the natural basis of life. Accordingly, its major themes are the welfare state, the development of cities, the capitalist economic system and the question of a value system with which we can shape a good future. ”

“The connection of welfare and social sustainability is really obvious, but our eyes open for this connection has only Michael Opielka with his keen analysis of the social demands of a sustainable development.”